According to the China News Network, 4 new local swab tested confirmed cases in Tianjin The movement track of the infected person was announced.
According to the official Weibo news of the Information Office of the Tianjin Municipal People’s Government, at 2:5 am on November 20, the reporter learned from the Municipal Center for Disease Control and Prevention that all the four people who tested positive for nucleic acid in Kanhaixuan District, Dongjiang Port District, Tianjin, were notified previously. Was diagnosed as a confirmed case of local new coronary pneumonia.

Previously notified that the nucleic acid test was positive

On the evening of November 19, four people from the Kanhaixuan community in Dongjiang Port District tested positive for nucleic acid and were transferred to a designated hospital for further diagnosis. On November 10, after the nucleic acid test of the third native asymptomatic infection in Tianjin (living in Kanhaixuan community) was positive, all four infected persons had been tested for nucleic acid and the results were all negative. At present, the community and TEDA Hospital and other places related to the case have been sealed off.

At present, TEDA Hospital, Tongxin Little Yale University Kindergarten and other related places have been closed and controlled. Close contacts of the infected person are being isolated and examined. The Tianjin disease control department is working with Binhai New Area to carry out further investigation and disposal in an orderly manner in accordance with relevant work specifications. The relevant progress will be announced as soon as possible.

The trajectory of the infected person in TEDA Hospital announced

According to the official Weibo news of the Information Office of the Tianjin Municipal People’s Government, the Tianjin Haixin District Epidemic Prevention and Control Headquarters released the latest news. On the evening of November 19, Yang, who was newly infected with a positive nucleic acid test, moved as follows:

14:16 Enter the ward for hospitalization

10:33 Take the nucleic acid through the fire escape to the fever clinic

If there are citizens who come to TEDA Hospital for treatment at the above time and points, please self-isolate and call the prevention and control command number 6536967 or 65309110 immediately. 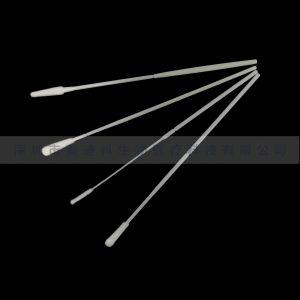