According to the Associated Press, on the afternoon of 21st local time, US President-elect Biden was publicly vaccinated with COVID-19 vaccine in a Delaware hospital, hoping to prove the safety of the vaccine to the public. Biden said: “I did this to show that people should be prepared when they can be vaccinated.” “There is nothing to worry about.”

However, he pointed out that it “takes time” to distribute the vaccine, and urged Americans to take preventive measures during the holidays to avoid the spread of the virus, including wearing masks. “If you don’t need to travel, don’t travel,” Biden said. “This is really important.” According to reports, Biden thanked those involved in vaccine development and distribution and front-line medical staff during the injection. Biden’s wife Jill finished vaccination a few hours ago.

Earlier, Biden’s transition team said that Vice President-elect Harris would be vaccinated one week after Biden’s vaccination. Medical experts suggested that they had better stagger the vaccination time of the first dose to avoid the side effects of the vaccine. Recently, Cedric Richmond, a consultant of Biden, tested positive in COVID-19. But a spokesman for Biden said Biden tested negative in SARS-CoV-2 on December 17th. It is also reported that many senior officials, including Vice President Burns and Speaker of the House of Representatives Pelosi, were vaccinated on December 18th.

Biden had previously announced his three 100-day anti-epidemic plans after taking office. He plans to require Americans to wear masks and get at least 100 million doses of vaccines within 100 days after he took office on January 20, 2021, and to let students return to school as soon as possible. COVID-19 vaccination started in the United States on December 14th. The first group of vaccinators were medical staff and people living in long-term nursing institutions such as nursing homes, but it will take several months to vaccinate a wide range of people.
US President Trump previously said that he has no plans to vaccinate. However, White House spokesman McNarney said that Trump is “absolutely open” to vaccination, and once the president’s medical team determines that vaccination is the best plan, Trump will be vaccinated. 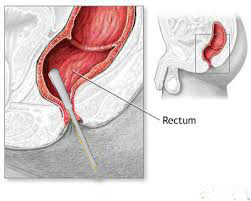