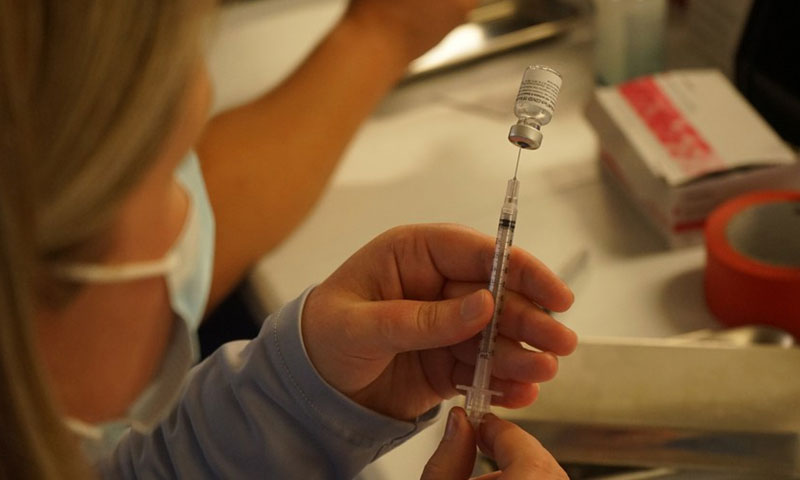 China is not the only country fighting against the mutated variant of the SARS-CoV-2, which emerged late last year and began to rampage in recent days as more countries like the US and Singapore revised their public health guidelines amid a surge in Delta variant cases. Cities in Australia and Cambodia are being placed under lockdown again to curb the highly contagious variant.

“Acknowledge the war has changed,” read a recent internal memo of the US Centers for Disease Control and Prevention (CDC), underscoring how serious Delta variant infections could be. The variant is described as being as contagious as chickenpox, and the US reported another huge single-day increase in new cases – over 100,000 on July 31, local media reports said.

Hospitals across the US are bracing for an increase in cases as the Delta variant spreads among people who are not vaccinated. Multiple southern US states are reporting record numbers.

Countries such as Australia and Cambodia have already imposed lockdowns in an attempt to curb the Delta variant — for example, the army has been deployed to enforce quarantine orders in Australian cities like Brisbane and Sydney.

More European nations like Italy and France, which have already re-introduced isolation measures, faced backlash as dozens of protesters appeared to be angry about going back to the lockdown lifestyle, showing their eagerness to return to a pre-pandemic lifestyle.

Both Chinese and foreign epidemiologists said it’s highly likely that the public will have to live with the virus for a while. While it’s necessary to adopt strict epidemic prevention and control measures, it’s more important to accelerate mass vaccinations, which could still protect people from the Delta variant.

The latest outbreaks have caused more than 300 infections in at least 27 cities in 18 provinces across the country. All the provinces and regions have issued notices urging local residents to avoid travel unless it’s necessary, and a number of public places including parks, performances and museums in cities such as Beijing and Xi’an of Southwest China’s Shaanxi lowered their capacity or closed down.

At the same time, millions of people are under lockdowns in China in places such as the eastern Chinese city of Nanjing, and Zhangjiajie and Changde in Central China’s Hunan, sparking discussions about how dangerous the Delta variant could be, and whether the world has to fight the same war all over again.

Evidence suggests that some newly identified variants of concern may have increased transmissibility as compared to previously circulating variants. It is likely that there will continue to be elevated risks of the export and import of cases between countries via international travel, including cases of the new variants, Tarik Jašarević, a WHO spokesperson, told the Global Times via an e-mail on Monday, when he was asked whether the organization would issue new guidelines on the Delta variant.

“The impact on countries will depend on multiple factors including whether there is ongoing community transmission, and whether health systems are operating at capacity,” he said, noting that despite the elevated risks, WHO’s guidance on international travel still holds.

In China, the Delta variant was first identified in southern Guangdong in June, and also in Southwest China’s Yunnan; however, the experiences of dealing with the local outbreaks showed that vaccinated individuals will show comparatively milder symptoms and have a lower chance of deterioration.

“Considering the characteristics of the mutated variant, the virus can survive in hot summer weather. With a shorter incubation period, it can transmit much faster,” Yang Zhanqiu, deputy director of the pathogen biology department at Wuhan University, told the Global Times on Monday.

The Delta variant could be more than twice as transmissible as the original strain of SARS-CoV-2, according to an article in science journal Nature on July 21, citing research by epidemiologist Jing Lu at the Guangdong Provincial Center for Disease Control and Prevention in Guangzhou.

In addition to strict epidemic control measures, faster mass vaccination is another promising move, not only in China but also in the US.

In predicting the epidemic situation in the US amid a surge of Delta variant cases, US epidemiologist Eric Feigl-Ding, who is also a senior fellow at the Federation of American Scientists, told the Global Times on Monday that “it will get very bad in conservative US states with low vaccinations.”

“I think we have to realize this is a new phase of the pandemic, or a Pandemic 2.0 version radically different from before,” he said.

In the US, growing numbers of people are getting vaccinated in areas hit hard by the Delta variant, offering a glimmer of hope but still falling far short of what is needed to fight COVID-19, the Wall Street Journal reported on Saturday, citing public health officials.

Advancing mass vaccinations to reach herd immunity is also a promising method in China as Delta variant cases surge, given the vaccination rate is still not enough high.