Shanghai Promotes Resumption of Business and Market in Stages 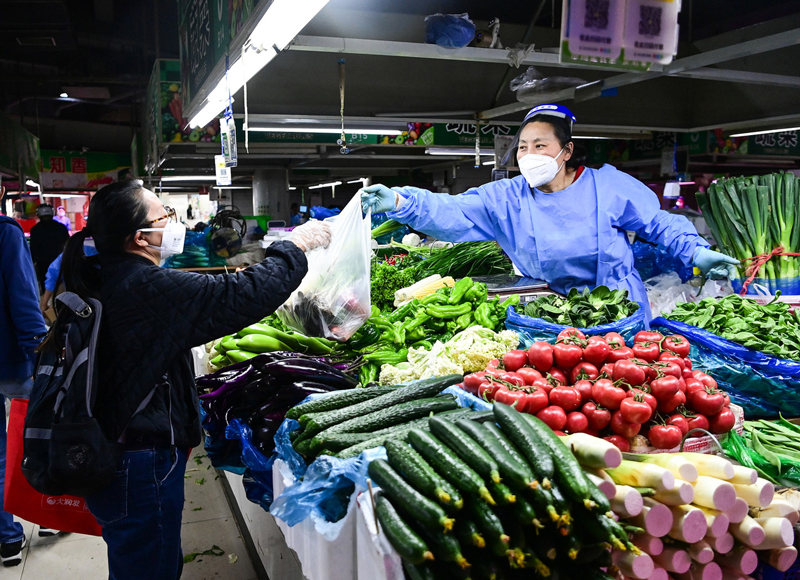 Shanghai has launched a three-phase COVID-19 epidemic prevention and control plan aimed at restoring production and life to normal by late June, Zong Ming, vice-mayor of Shanghai, said during a press briefing on Monday.

The key task of the first phase, which runs from Monday to Saturday, is to continue reducing new infection numbers and preventing rebounds, and to continue bringing down the population numbers in lockdown and controlled zones.

The second phase, which will run from May 22 to May 31, will be focused on the city’s transition from emergency response to normalized epidemic prevention and control.

The city will then begin to restore production and life order starting from June 1.

As of Sunday, the number of residents in lockdown zones in the city totaled 980,000, lower than 1 million for the first time over the past weeks. In addition, 15 out of the city’s 16 districts have achieved zero new infections outside quarantine and lockdown populations, Zong added.

“Residents in precautionary zones will be allowed to leave their communities in an orderly manner but mobility will be limited. The entire city will maintain a low level of social activities in the first phase,” she said.

Schools will be resumed in a phased manner, starting with the 9th, 11th and 12th graders at high schools, the city authority said.

Starting on Monday, taxis and private cars were allowed on the roads in suburban regions, including the districts of Jinshan and Fengxian as well as some low-risk areas in Pudong. Authorities are also planning to gradually increase the number of trains leaving and arriving in Shanghai. Domestic flights bound for Shanghai will also be resumed in the coming weeks.

Shanghai registered 69 confirmed cases and 869 asymptomatic infections on Sunday, the first time in weeks the daily tally was under 1,000. All infected cases were found inside quarantine and lockdown populations. The city also reported four COVID-19 fatalities, aged 86.5 on average, 261 severely ill COVID-19 cases and 65 who are in critical condition.