According to the latest statistics of Johns Hopkins University in the United States, as of 23: 28 on August 31, Beijing time, there were more than 25.25 million confirmed cases and more than 840,000 deaths in COVID-19 worldwide. There are more than 6 million confirmed cases in the United States, and the campus epidemic is continuing to spread; India has added more than 75,000 cases in a single day for five consecutive days; Demonstrations on anti-government anti-epidemic measures in Germany.The spread of American university epidemic led teachers to protest.

There are more than 6 million confirmed cases in COVID-19, USA, and the spread of university epidemic has attracted teachers to protest.

At present, more than 750 universities in the United States, such as the University of North Carolina, Texas Christian University, University of Southern California and University of Alabama, have confirmed cases of COVID-19. Officials in Florida and Texas have already faced lawsuits involving restarting the program and authorizing the disclosure of the virus transmission rate in schools.

On the other hand, American public health experts believe that college students should be kept on campus for isolation after the outbreak, instead of sending them home as they are now. Lavina Coulare, an epidemiologist and spokesman of the American Society of Infectious Diseases, said that sending students home may make more people infected and make tracking almost impossible.

In Britain, major universities are also preparing for the resumption of classes. However, the British University Teachers’ Union is worried that the flow of personnel caused by the resumption of classes will “lead to disaster”, calling on universities not to resume face-to-face teaching for the time being, and to resume classes after Christmas to avoid the second peak of virus infection. 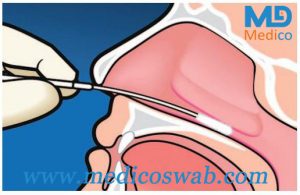