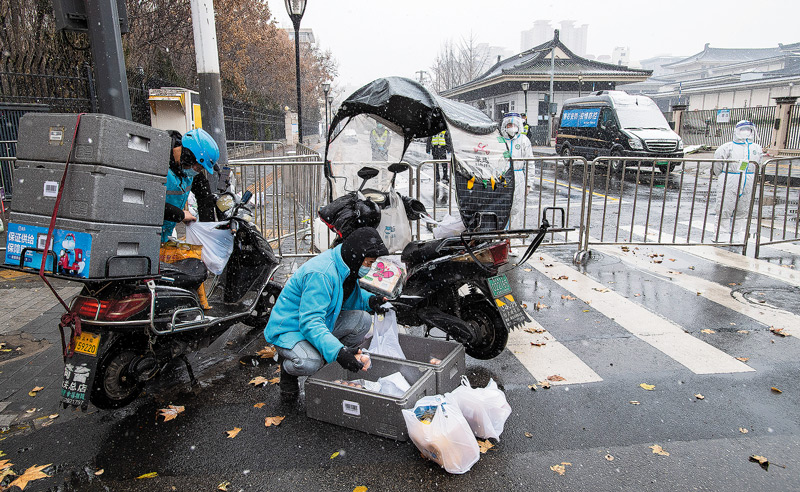 A citywide lockdown and mass COVID-19 testing in Xi’an, capital of Northwest China’s Shaanxi province, have enabled the city to reduce the risk of transmission, but the local outbreak is still developing, local authorities said on Sunday.

The city reported 155 new domestic cases on Saturday, bringing the total number of confirmed infections since Dec 9 to 485, He Wenquan, a senior Xi’an government official, said during a briefing.

Most of the new cases were identified among people already being put in quarantine or were detected during mass screening, he said.

“Most hidden infections and cases scattered in communities have been detected thanks to mass testing programs, which is expected to reduce the risk of the virus’ further spread,” he said.

A new round of citywide testing will be rolled out on Monday noon.

He added that with more screenings underway, it is likely that daily new infections in the city will remain high over the next few days, but there is no need for panic.

Starting on Sunday evening, the city launched a disinfection campaign, according to the local government.

Virus control measures will be intensified in areas deemed at a particularly high risk of the virus’ spread, and supportive measures to ensure the basic livelihoods of residents will also be ramped up, the government said.

The recent outbreak coincides with the 2022 national postgraduate entrance exam that began over the weekend.

Northwest University in Xi’an, one of the largest testing sites across Shaanxi, said that it had arranged over 350 normal testing rooms, and five that met quarantine requirements, in order to ensure students’ safety.

Nationwide, China reported 158 local confirmed infections on Saturday, registering a peak for daily infections this year. In addition to the 155 cases in Xi’an, Xianyang, also in Shaanxi, reported two cases, and Dongxing, a port city in the Guangxi Zhuang autonomous region reported one.

As of Saturday, China had fully vaccinated more than 1.2 billion people, according to the National Health Commission.

Kang Ruoming in Xi’an contributed to this story.