A Manufacturer Specialized in Producing Flocked Swabs & CHG Products.
GET A QUOTE
 » Industry News » Everything You Need to Know About Omicron Variant

Everything You Need to Know About Omicron Variant 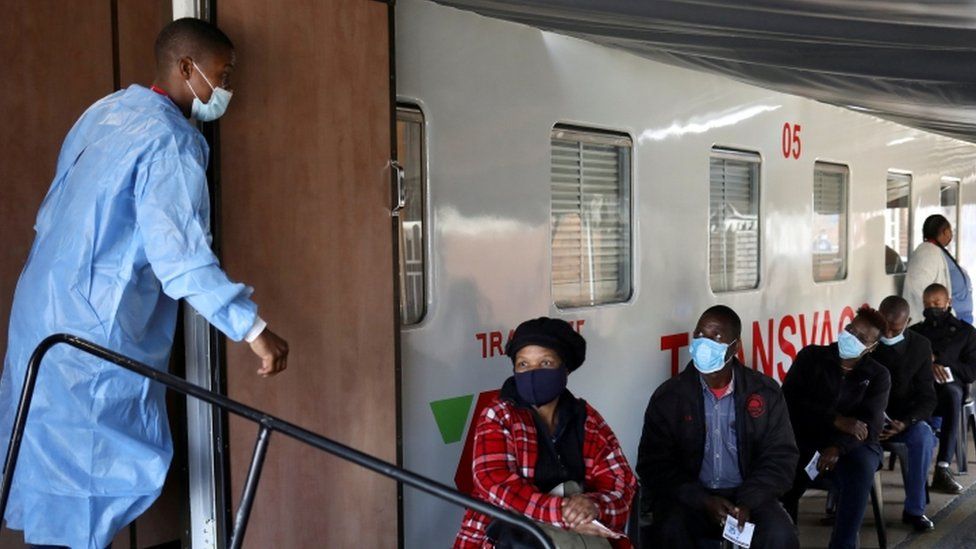 The World Health Organization on last Friday assigned the Greek letter omicron to a newly identified Covid variant in South Africa. The following is the answer about Omicron Variant.

What is it called?
The variant was initially referred to as B.1.1.529, but on Friday was designated as a variant of concern (VOC) by the World Health Organization because of its “concerning” mutations and because “preliminary evidence suggests an increased risk of reinfection with this variant”. The WHO system assigns such variants a Greek letter, to provide a non-stigmatising label that does not associate new variants with the location where they were first detected. The new variant has been called Omicron.

When was the Omicron variant first detected?
The B.1.1.529 variant was identified on Tuesday and highlighted as a concern due to its high number of mutations, which could lead it to evade immunity. It was also linked to a surge in case numbers in the Gauteng province of South Africa, an urban area containing Pretoria and Johannesburg, in the past two weeks. These two factors put it quickly on the radar of international monitors, with the chief medical adviser to the UK Health and Security Agency describing the variant as the “most worrying we’ve seen”.

Where did it come from?
Although initially linked to Gauteng, the variant did not necessarily originate there. The earliest sample showing the variant was collected in Botswana on 11 November. Scientists say that the unusual constellation of mutations suggests it may have emerged during a chronic infection of an immunocompromised person, such as an untreated HIV/Aids patient.

Why are scientists worried about it?
The variant has more than 30 mutations on its spike protein – the key used by the virus to unlock our body’s cells – more than double the number carried by Delta. Such a dramatic change has raised concerns that the antibodies from previous infections or vaccination may no longer be well matched. Purely based on knowing the list of mutations, scientists anticipate that the virus will be more likely to infect – or reinfect – people who have immunity to earlier variants.

Is it more transmissible?
This is not yet clearcut but the emerging picture is worrying. There has been a surge of cases in South Africa from 273 cases on 16 November to more than 1,200 by the start of this week. More than 80% of these were from Gauteng province and preliminary analysis suggests the variant has rapidly become the dominant strain. The R value, which indicates how fast an epidemic is growing, is estimated to be 1.47 for South Africa as a whole, but 1.93 in Gauteng. There is a chance this is a statistical blip linked to a super-spreader event but the data has triggered enough concern for precautionary measures.

Will existing vaccines work against it?
Scientists are concerned by the number of mutations and the fact some of them have already been linked to an ability to evade existing immune protection. These are theoretical predictions, though, and studies are rapidly being conducted to test how effectively antibodies neutralise the new variant. Real-world data on reinfection rates will also give a clearer indication on the extent of any change in immunity.

Scientists do not expect that the variant will be entirely unrecognisable to existing antibodies, just that current vaccines may give less protection. So a crucial objective remains to increase vaccination rates, including third doses for at-risk groups.

What about existing drugs?
Scientists expect that recently approved antiviral drugs, such as Merck’s pill, will work as effectively against the new variant because these drugs do not target the spike protein – they work by stopping the virus from replicating. However, there is a bigger risk that monocolonal antibodies, such as Regeneron’s treatment, could fail or partially fail because they target parts of the virus that will have mutated.

Will the variant cause more severe Covid?
There is no information yet on whether the variant leads to a change in Covid symptoms or severity – this is something South African scientists will be closely monitoring. Since there is a lag between infections and more serious illness, it will take several weeks before any clear data is available. At this stage, scientists say there is no strong reason to suspect that the latest variant will be either worse or milder.

Can the vaccines be tweaked and how long could that take?
Yes, teams behind vaccines are already working on updating vaccines with the new spike protein to prepare for an eventuality where a new version might be needed.

A lot of the preparation work for such an update took place when the Beta and Delta variants emerged – although in those cases existing vaccines have held up well. This means research teams were already poised to create new versions of vaccines and have discussed with regulators what additional trials would be required. However, it could still take four to six months before updated vaccines, if required, are widely available.

How likely is it to spread around the world?
So far, the majority of confirmed cases have been in South Africa, with a handful in Botswana and Hong Kong. A further case was detected on Thursday evening in Israel – an individual who had returned from Malawi – and two other cases are suspected in the country. On Friday, Belgium confirmed it had detected a case in someone who had travelled to Egypt and Turkey.

Nevertheless, given that there is community transmission in southern Africa, if there is a transmissibility advantage the new variant is likely to have already spread undetected to other countries.

Previous experience shows travel bans tend to buy time, but, short of taking a zero-Covid approach with hard lockdowns, these measures are unlikely to stop the spread of a new variant entirely.