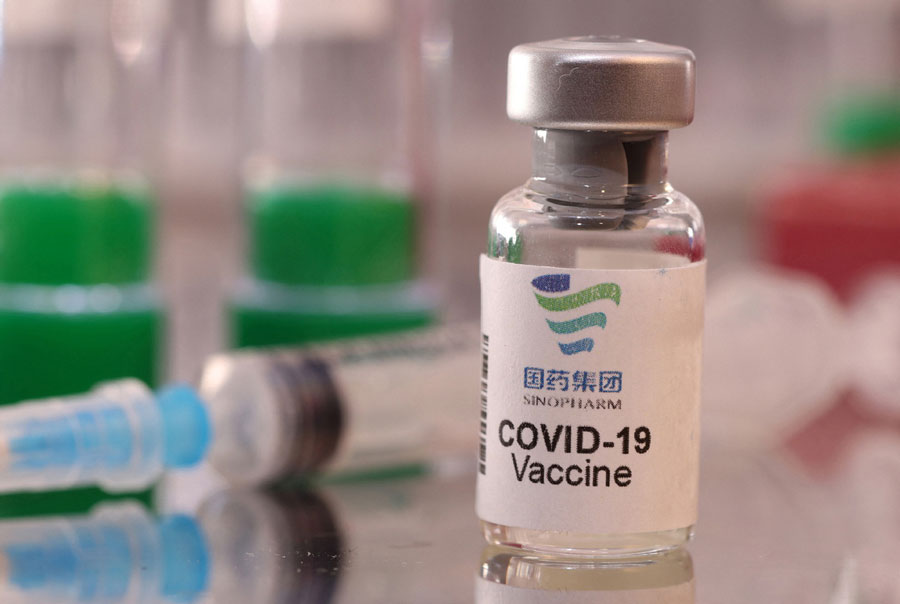 The Omicron-based vaccine candidate developed by China’s Sinopharm is expected to complete clinical trials in three to four months, senior executives of the company said recently, adding that it will shift most manufacturing capacity to the upgraded vaccine if it is developed successfully.

China National Biotech Group, a subsidiary of Sinopharm, was granted permission to conduct human trials of its experimental vaccine against Omicron in Hong Kong on April 13 and received approval for trials on the mainland on April 26.

The new vaccine was first administered on Sunday to a volunteer in Hangzhou, Zhejiang province, according to the company.

Zhang Yuntao, vice-president of China National Biotech Group and its chief scientist, said that clinical trials will involve fully vaccinated people and those who have already received a third, booster shot. They will be given one or two doses of the new vaccine three to six months after the last shot.

The race to tailor vaccines to tackle Omicron started after scientists discovered that the variant’s biology differs notably from the original virus, which global vaccines are based on.

Although previous studies have shown that existing vaccines are still highly effective at preventing severe Omicron cases and related deaths, they are less capable of preventing infections.

Zhang said that during preclinical studies, animals vaccinated with Omicron-specific doses can generate a high level of neutralizing antibodies against the variant. The vaccine also boosted protection against the original strain and other mutations, including the Beta and Delta strains.

“The core data we will be keeping a close eye on during human trials is whether the new dose can elicit specific neutralizing antibodies against Omicron,” he said.

As subvariants of Omicron and its recombinant versions with other variants continue to emerge, Zhang said available animal studies have shown that the new vaccine is also effective against them.

Yang Huichuan, another vice-president at China National Biotech Group, said the manufacturing techniques of the new vaccine and related quality assessment methods are in line with those of the original vaccine.

“We’re fully prepared and have sufficient raw materials and consumables for production,” he said.