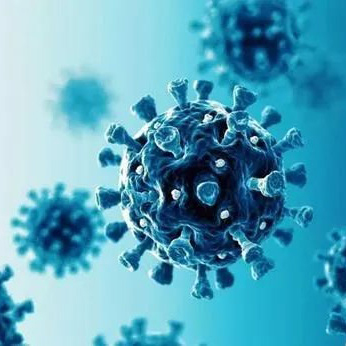 The Omicron variant of the novel coronavirus can infect a broader range of animals than the original strain and the Delta strain, underscoring the significance of monitoring for the virus in susceptible species to prevent further mutations and spillover to humans, according to a recent study conducted by Chinese researchers.

By comparing the receptor binding capability-a key step for viral infection-of the BA.1 subvariant of Omicron to 27 species with that of earlier strains, the study concluded that the strain has expanded its potential host to include palm civets, rodents, more bats and some species of hedgehog.

“These results suggest that surveillance should be enhanced on the Omicron variant for its broader-species receptor binding to prevent spillover and expansion of reservoir hosts for a prolonged pandemic,” said the study published in Cell Discovery, an international medical journal, on July 12.

The novel coronavirus has long been found to be able to infect cats, dogs, minks, tigers, African lions and white-tailed deer among others in a natural environment. The virus has also been found to infect several animals including rabbits, pigs and foxes in laboratory experiments.

The emergence of the BA.1 Omicron variant in late November soon triggered deeper concerns from scientists as the strain carries multiple mutations, including those at sites that can determine the range of animal hosts.

“Interspecies transmission of the novel coronavirus promotes virus evolution and poses a severe threat to public health,” it said.

The study notes that the infection’s presence in wild animals is particularly challenging to track compared to domestic or zoo animals, and the BA.1 strain’s broad range of potential hosts highlights the need to “continuously survey Omicron’s trace in potential animal reservoirs to prevent interspecies transmission.”

The study’s finding adds to growing calls for sustaining monitoring of the novel coronavirus in wild animals as the pandemic drags on into its third year.

According to a statement released by the World Health Organization, the Food and Agriculture Organization of the United Nations and the World Organisation for Animal Health in March, current knowledge indicates that wildlife does not play a significant role in the spread of the novel coronavirus in humans, but transmission in animal populations can affect their health and facilitate the emergence of new variants.

These organizations have suggested monitoring wildlife populations for the virus, reporting and sharing genome sequencing data on public databases.